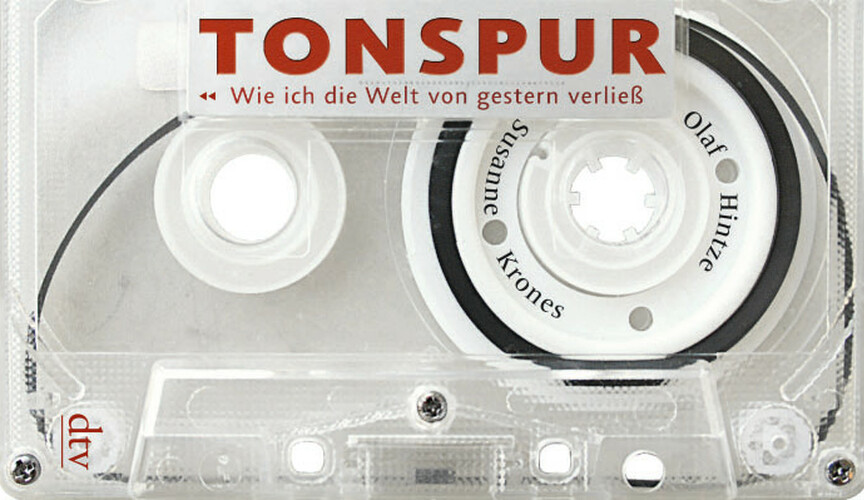 A story full of longing, literature and pop music

Growing up in the GDR, Olaf Hintze could sense what he was missing. And he had the courage to leave his country. He was 25, and escaping from East Germany was still a highly dangerous option. No one could foresee that the Berlin Wall would fall a few weeks later, torn down bit by bit by people like him. His story shows what dreams were dreamed in the summer of 1989 at the over-filled campsites in Hungary, in the crowded West German embassies and in the reception camps in West Germany, how pop music made history in Germany, and how a single book had the power to change a life.

Olaf Hintze on Remembrance and Oblivion

How do you make memories?

At first, not at all. The event is too close, too much of an experience to allow it to approach as a memory and for you to be able to feel it. After I arrived in the West, at first I only looked forward. I was faced with one task after another, and I had to deal with them one step at a time. They required all my concentration, my energy and my courage. Then, in the mid-nineties, when everything was much calmer, no one asked any more about the times of 1989–90. Many East Germans were now living in the West, many clichés had become reality, and an accepted way of thinking had crept in. There was a fixed image about East Germany that no one really wanted to question or clarify. It was the same with the motivation of the people who had come here. “They did it so that they would be better off,” they said, and they always meant: They would be richer.

I was also done with East Germany. But – whether consciously or unconsciously – I could not break away entirely. My apartment still held the things I owned, the books I had read, the music I had listened to, some of the clothes I had worn, many photographs of events that I lived through, and the people that I had loved. Even bulky items like the old cassette recorder, all the radio transmitters I had built, other components and accessories, including test equipment that I did not need anymore. And although housing in Munich is scarce and expensive, at each and every move I never considered the idea of throwing out my boxes. I never asked myself why.

It was not until I began our joint research for the book that I took out the files and boxes again, opening many for the first time since my parents brought then from Erfurt to Munich for me after the wall came down. A lot surprised me: Like the letter that I wrote to my friend in January 1990 in which I evidently felt bound to justify my decision to leave East Germany. Some things that I rediscovered – like the lending tickets from the Deutsche Bücherei and the papers gathered locally, not to mention the daily diaries – allowed me to reconstruct with an unimagined degree of precision what I had read, thought and felt as a young person living in the dying days of East Germany. Some things we found provided answers to questions that we hadn’t even asked, and reminded me of episodes that I had actually forgotten, and which I would not have thought of again had it not been for the object, the song, or the paper acting as a trigger during our interviews. And some of the things – like the border stamps of Romania, Bulgaria and Hungary and the West German authorities – permitted precise reconstruction of timetables where my memory failed me. How long was I at the camping site in Sopron? Three weeks or two days? I no longer had any memories of that, but these were slowly being rebuilt by our research.

Suddenly, I stood face to face with my past. How it felt, after so many years, to once again press the clunky buttons of the old recorder, to put up the antenna and to see my own handwriting on the paper labels of the cassettes. But the impressions set free were diffuse memories, details without connections, a blurred close-up. How could I mould a story from this? And who would want to read it? Going through the photos, diaries and objects and commenting in the discussions with Susanne Krones – it was as if I was laying down a sound commentary to these images, explaining them, because we see them a lot today in our media – think about the pictures from the night the wall came down – but do not understand them. “The times provide the pictures, I merely speak the words to go with them, and it will not be so much my own story I tell as that of an entire generation – our unique generation.” As different as our lives have been, this sentence of Stefan Zweig’s applies to my life too. Stefan Zweig’s generation suffered a quite different fate, and I do not seek to compare the circumstances faced by my generation to his, but I understand what he meant when he describes the impact of upheaval and new beginnings on a life, and the freedoms that grow from that.

I never forgot Zweig’s memories, the book that was so vitally important for me at the end of the Eighties, but I hadn’t read it in twenty years. Stefan Zweig’s prose and the documents, photographs, notebooks, books, cassettes and records are a path that I can follow back into the past. A trail of words and sounds that I had deliberately not destroyed, but carefully packed into boxes and carried with me each time I moved, without opening up the packages.

Have we reached the end of the soundtrack? It has no end. When it comes without warning, a song from those days will always bring back memories and associations. An object, when I touch it, will always remind me of another time. The first life does not stop, just because a second has begun.

Susanne Krones about telling a story

How do you tell the story of someone else?

First of all, you don’t. You just listen, gather impressions, organize and preserve them.

After that – as a second step – you try to sharpen the other person’s diffuse memories and begin to turn a very long conversation into a story which follows its very own rules.

Rules you cannot set while you are writing the story because they are a natural part of it.

From the very beginning it was clear to me that music and literature would be important keys to this story – both were essential for the course of events and the protagonist’s decisions. When Olaf Hintze first mentioned to me Stefan Zweig’s Die Welt von Gestern he described this book as a portal, a gigantic reading list, the traces of which he followed in the Deutsche Bücherei in Leipzig. I knew this book and read it another time bearing Olaf Hintze’s story in mind. Immediately I realized that it was one of the keys I had been looking for.

Immersing yourself into Die Welt von Gestern you see that it opens up two dimensions in Olaf Hintze’s life. He told me about the one: Zweig’s memories opened up the world of literature – name by name, title by title. The other one overwhelmed both of us while working together: Zweig’s book is a unique reflection of the nature of freedom. When I read the book a second time I pursued this other dimension particularly intensively and got stuck with passages and sentences I then talked about with Olaf Hintze. These were passages in which Zweig reflects on his role as an eye-witness, his motivations and the opportunities and limitations of his autobiographical notes. It was confusingly wonderful to see that Olaf Hintze would have marked exactly the same passages. At that point it was absolutely clear to us that it is right to let Zweig’s book play a very concrete part in our book.

As the author, I had to organize this tremendous material consisting of objects, photos, documents, tapes with hundreds of songs. The documents are impressively complementary: Stamps reading “For academic use only” on the borrowing slips of the Deutsche Bücherei showed where the soundtrack (“Tonspur”) had been cut then.

In his letters I had the chance to “hear” Olaf Hintze’s early voice. He was a different person in interviews than in the documents I could read. In between there are more than 25 years, a period of time which allows the story to ask what the described events mean and what they have changed. The existence of these two voices was enormously precious for the process of writing. So, this book is also a book about generations – a phenomenon we discovered in Zweig’s book as well: “Every time I tell younger friends some episodes of bygone days … their astonished questions show me that things which are still real for me are historical for them. And, instinctively, I feel they are right: All bridges between today, yesterday and the day before yesterday have been pulled down.” (WVG, 9)

The bridges can only be rebuilt when the people who have witnessed the upheavals of 1989 talk with those who were born after. Our way back into the past was crucially paved with sound and literature. Both reassured us to follow the right way.

There was one exception: The days of flight did not leave any marks. The flight happened between the stamps in the passport and the application form for admission. Olaf Hintze did not keep his clothes and shoes he wore while he was fleeing; he left them behind in a Vienna hotel room. There was not enough time for taking notes, there were no photos. Everything that could give witness remained in Sopron. The more important it was to me to reconstruct these days very carefully and comprehensibly, to relate them in real time – unlike the roughly sketched past in the German Democratic Republic (“DDR”). I intended to make this part of history visible – a part without any photos and objects. That also applies to the refugee movement in general: Unlike the night when the Berlin Wall fell, when the media focussed on this single spot and a large number of people realized their dream of freedom, the refugee movement of the summer 1989 remained invisible – except for pictures of overcrowded embassies. That silent escape existed of thousands of individual stories which happened mostly by night and always secretly, the points of crossing the border being unspecific and spread over a vast area. It was our intention to make one of these stories visible.

No other point of time seemed more suitable than the year 2014: Olaf Hintze was 25 years old when he left the German Democratic Republic and he has been living in the Federal Republic of Germany for 25 years now.

Have we arrived at the end of the soundtrack? It is endless. Since anyone talking to Olaf Hintze will ask different questions. In each story there are numerous stories. We have told just one. The first life doesn’t stop changing just because a second has begun.